Final fantasy vii remake starts on thunderous snow with that iconic zoom out shot of Midgard camera keeps pulling back.

The characters start talking, and you go, oh no. 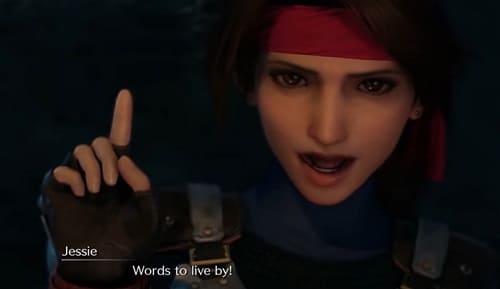 They Say: We will not submit to intimidation or violence but work together for peace and prosperity; that is how civilized people change the world.

What we have here is a hobbit movie scenario where you take an established story and stretch it way out because of money; it’s not a blatant abomination like this though it is terrible just in a more subtle way.

The real Final Fantasy 7 is one of the landmark games and video game storytelling. It’s not perfect; you still have embarrassing dialogue and some bizarro convoluted nonsense, but the broad-strokes story is pretty engaging.

Group of friends goes on adventure slash revenge mission slash human folly I think what made this game stick for so many people are those big twists you know Sephiroth burns down clown’s village. 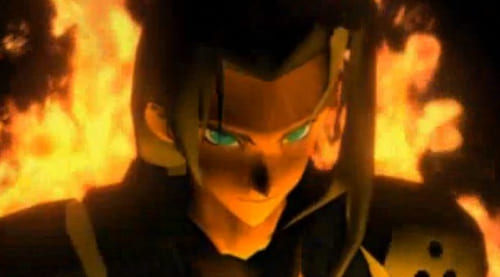 Can you impale your girlfriend through the chest with a samurai sword, so you eliminate her? Still, it doesn’t even matter anyway because a meteor crashes into earth and wipes out humanity?

These big solemn moments are what makes Final Fantasy 7, and yet the overall tone of the game is light-hearted and entertaining the towns people are always cracking jokes you fight a house that shoots missiles.

Then tries Triceratops tank, and the villains are super over-the-top evil, and you go to a theme park and team up with Cait Sith, a fortune-telling robot controlled by a cat-like creature, it’s a goofy game with serious moments.

The remake is a serious game with goofy moments old game you grind the combat to get to the story. 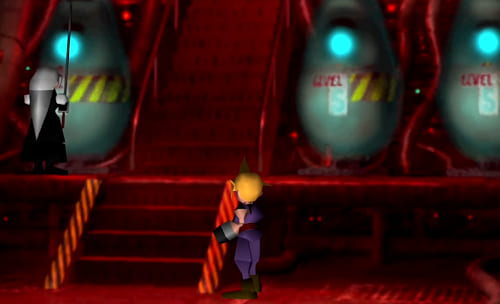 In the new game, you grind the story to get to the cool boss fights.

It’s one thing to read the weird dialogue, but when you actually hear it, you go What the S h i t is she saying.

The remix voice acting is not very good in this mysterious limbo zone; it’s not robot mode, but it’s not good either characters can be convincing at times but then ruin the illusion with their horrible anime Grunting. 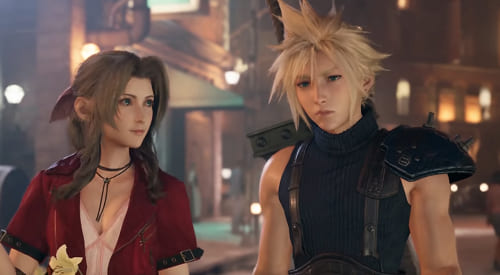 This doesn’t matter at all, but the president of Shinra actually says the wrong word and one of his voice lines, and they left it in he told cloud was bathed in mana. 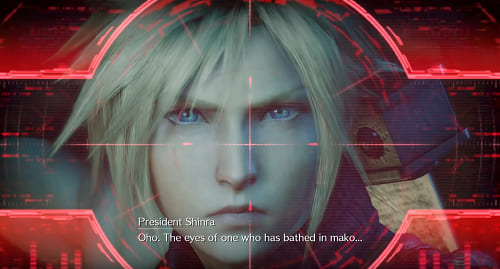 As a whole, the story feels structure less, so many things happen in this game, which contributes nothing to the forward momentum of the narrative, the more you play.

The more obvious the distinction between old and new becomes, all of the highlights of this game are lifted from the original and everything that is kind of bland or terrible; that’s the new stuff.

Let’s start with Jessie in the original game; she has three lines of dialogue and gets eliminated. 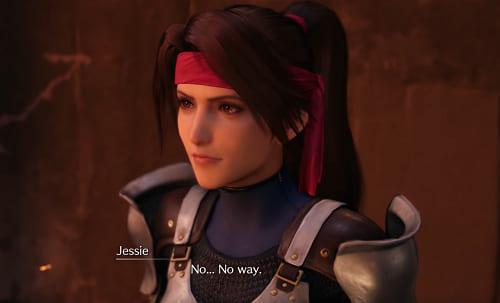 In the remake, she is a significant character, and every time she talks, I want to say why? 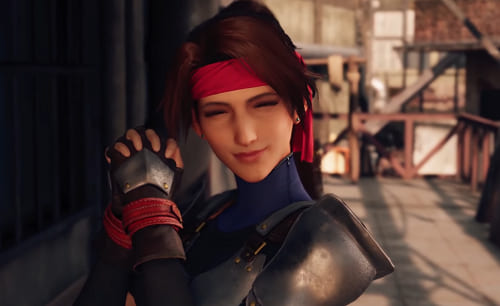 Since I despised this character more than anything naturally, we need an entire chapter dedicated to explaining her backstory.

In the old game, you have this corny love triangle between cloud Tifa and Aerith, who will he pick the brain-dead one or the fun one. In the remake, they take it to the next level love rectangle now; he has a third girlfriend who is like a knockoff version of this one, but they can’t eliminate her off yet, so she fall by herself and nobody cares. 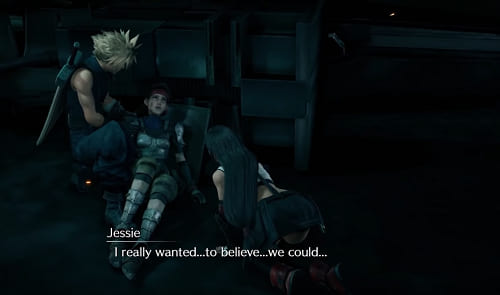 This game has no sense of drama or urgency; they keep undercutting everything from the original story; the old game Schindler drops a plate on the entire section of the city to eliminate everybody.

In this game, Shinra is going to drop a plate on the city, but hold on, you have to evacuate the entire town, and it says Aerith go save Barrett’s baby. 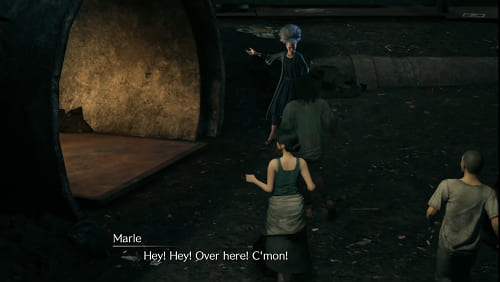 Two weeks later, everyone is evacuated after retrieving all of their valuable belongings, and the plate is slowly lowered down by cranes.

Remember The Bodyguard NPC in front of Don Cornelius mansion No! 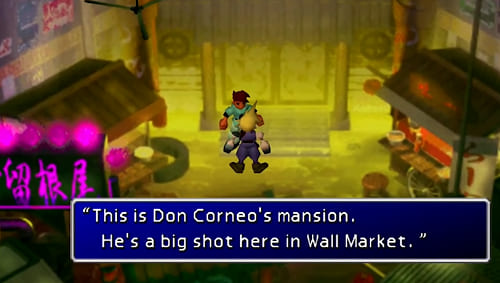 I walked over the robot hand in one second in the ps4 version you have to take control of the robot and take your partner put her up on the cliff go switch through the other blow by hand pick up the box always put the box in the wrong spot switch back to it. 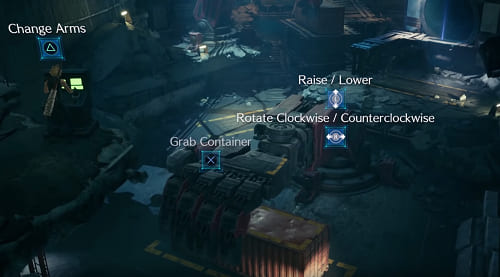 So many things why?

The great moments of this game are buried in a sea of filler hallways and elevators levers and computers and platforming. 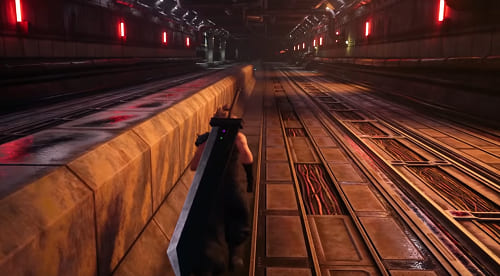 There are enough blowing and awesome sword fights for 10 games, but there are no emotions you don’t feel anything it’s it’s so flat and fake. 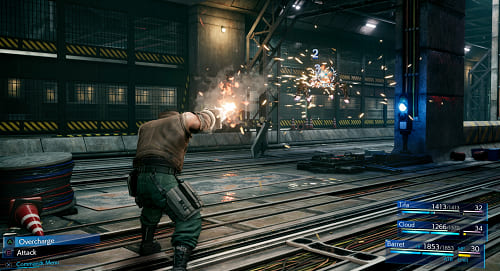 Then we have Sephiroth, who has not seen once in the intro to the real game because the developers are savoring that moment for a big spectacular reveal.

In this game, Sephiroth shows up every hour because he has no life Square has to remind the audience that they do have the right to suffer often Final Fantasy 7. 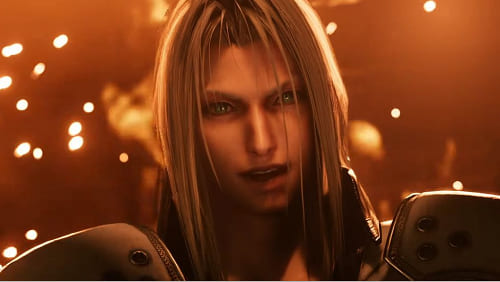 It’s not a fan fiction this is a real game see if they’re suffering because this story is a 30-hour intro sequence we are still being introduced to all new characters and major plot developments up until the very final moments of the game.

Where it is revealed that Sephiroth is a mere puppet to the truant anus of Final Fantasy.

A shadowy figure emerges from the depths of hell Tetsu Nomura; it’s in this final chapter now he starts to work his devil magic those ghosts you’ve seen the whole game that was time travel ghosts. 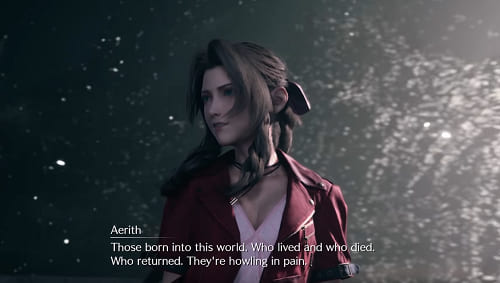 So all of the major twists remember the ones that are very integral to the story that would be sad if those happen, so instead, you fight Sephiroth in outer space to reverse reality because nothing is anything. 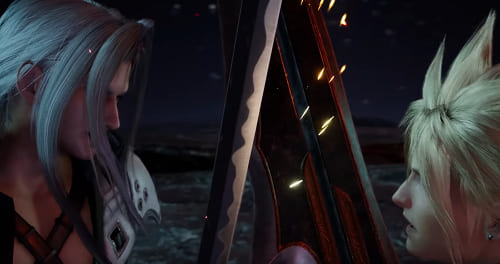 That being said, there are no random encounters in the remake, so it’s still a pretty close call between these two games.

A to Z Guide on how to setup tenda wireless router

Tejender - Modified date: May 28, 2020
Srttrail.txt error is a blue screen of death error that means you either have to shut down your computer or opt for Advance repair. It happens...

Tejender - Modified date: May 1, 2020
Final fantasy vii remake starts on thunderous snow with that iconic zoom out shot of Midgard camera keeps pulling back. The characters start talking, and...

Tejender - Modified date: April 16, 2020
Do you have too many duplicate files on a mac? You don't know what to do and how to delete them. Don't worry. We have tested 14 duplicate...

ABOUT US
Tezadvise is a tech-related website which offers a solution to the technical problems. We try our hard to bring more and more updated answers to the problems on our website with the explanation of the picture.

We always do in-depth research to bring every possible solution. Honestly, it's tough to read 100 posts a day, but if it solves the problem of our viewer then it worthwhile.
Contact us: tezadvise@gmail.com
FOLLOW US
© 2019 - 2022 All Copyright Reserved to Tezadvise.com
MORE STORIES

how to block spam emails on gmail (with Pictures)